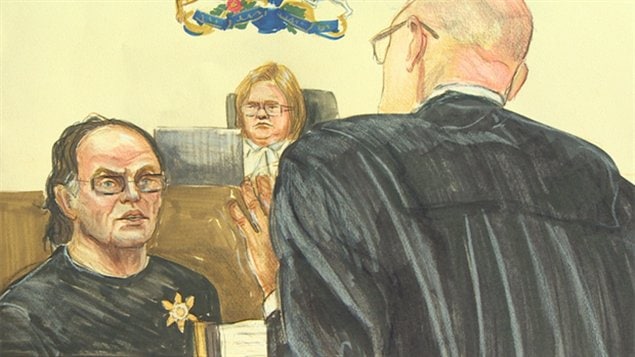 Karl Lilgert is on trial for two counts of criminal negligence after two passengers are presumed to have died when a Pacific coast vessel sank in March 2006.
Photo Credit: CBC

A ferry officer denies he had sex with his former lover on board the Queen of the North the night it sank in Canada’s Pacific coastal waters. Karl Lilgert is on trial charged with two counts of criminal negligence causing death after the ferry hit Gil Island and sank in March 2006. Two people died.

The prosecutor contended that Lilgert lied about what happened because he was distracted by his “personal business” with female crewmate, Karen Bricken. While Lilgert said they had previously had sex on board a ship, he insisted it happened only when they were off duty. He emphatically denied they had sex the night of the sinking.