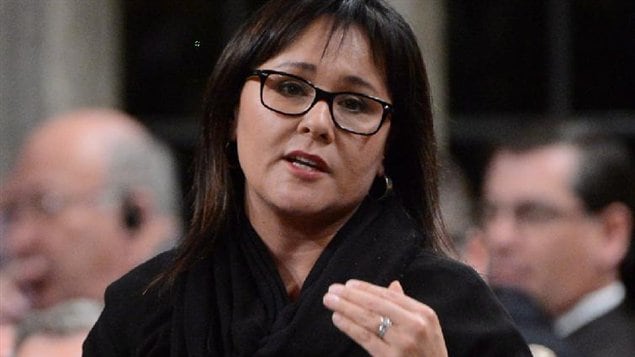 Leona Aglukkaq, Canada's minister of health, will head the Arctic Council when Canada takes over in May. (Sean Kilpatrick, The Canadian Press)

When Canada takes over chairmanship of the Arctic Council on May 15, its stated priority is ‘developing the North for northerners’ around the circumpolar world.

But Canada also takes over the organization at one of the most complex times in its history.

The Arctic Council, which includes the eight circumpolar nations (Canada, Denmark, Finland, Iceland, Norway, Russia, Sweden and the United States), was created as an international forum to discuss Arctic issues.

The European Union and several non-Arctic nations, including China and South Korea, are also requesting permanent observer status on the council.

To find out more about the challenges and opportunities ahead for Canada as it takes over the Arctic Council chairmanship, Eye on the Arctic’s Eilís Quinn spoke to Whitney Lackenbauer, an associate professor at St. Jerome’s University , University of Waterloo,  who specializes in Arctic sovereignty and security issues. She reached him in Otterville, Ontario, Canada.