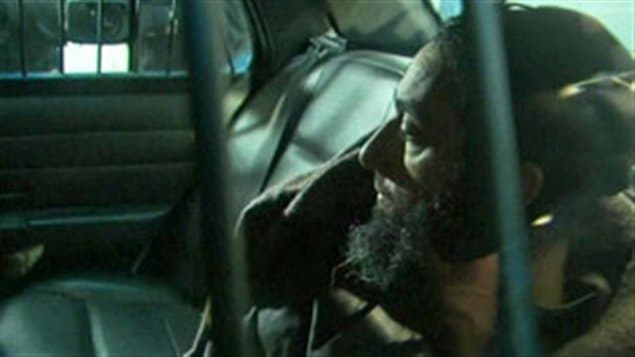 Raed Jaser is one of two men charged with conspiring to attack a passenger train.
Photo Credit: CBC

Canada tried to deport Raed Jaser nine years ago but could not because he was a stateless Palestinian, reports the public broadcaster, CBC.

Jaser, 35, and Chiheb Esseghaier, 30, are accused of plotting to derail a Toronto to New York train in what authorities call an “al-Qaeda supported” attack.

Jaser and his family travelled to Toronto on fake passports in March 1993.  In 2004, Jaser was ordered deported because he had accumulated several criminal convictions . Jaser was born in the United Arab Emirates, but at the 2004 detention review hearing, Jaser said he was not a citizen of that country.

“I am a Palestinian by blood, that does not give me any rights whatsoever in my place of birth,” he said.