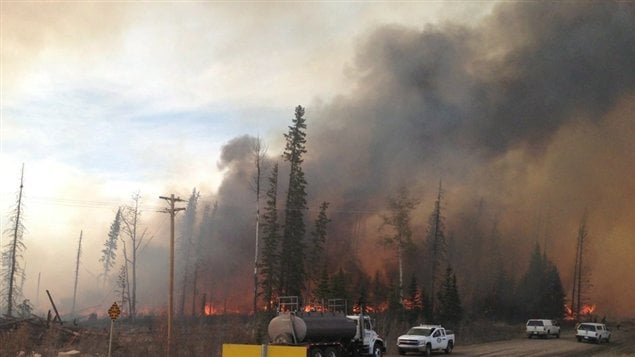 Crews at the scene of a wildfire near Nordegg, in the province of Alberta, May 12, 2013.
Photo Credit: Clearwater Regional Fire Rescue/CP

About 200 people remained out of their homes Monday as forest fires threatened two communities in the foothills of west-central Alberta.

In the neighbouring western province of British Columbia fires broke out as well.

Last week a number of forest fires broke out in the Atlantic coast province of New Brunswick, and the central province of Quebec.