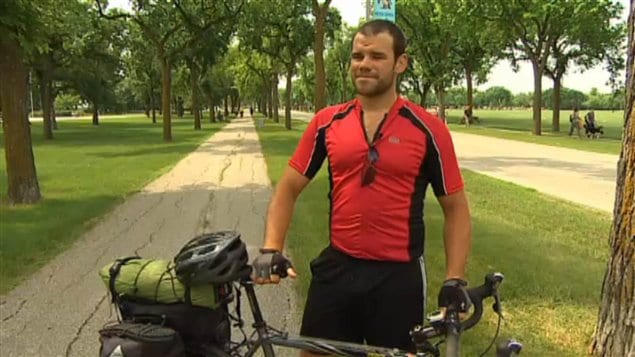 It was his friend’s death that prompted Cayse Ruiter of Ontario to embark on his cross country campaign.  That friend, Matthew Antolin, was just 27 when he died while waiting for a heart transplant.

“It was really tough,” said Ruiter. “I wish that everyone would have been an organ donor. Because if everyone was a registered organ donor, he would probably still be with us today.”

Ruiter has dubbed his cycling/organ donor awareness campaign as “Outlive Yourself”.

He left Tofino, British Columbia on Canada’s west coast  on June 3rd, and has biked close to 3,000 km of his approximately 8,000 km cross country trek, stopping along the way to spread his message about becoming an organ donor.