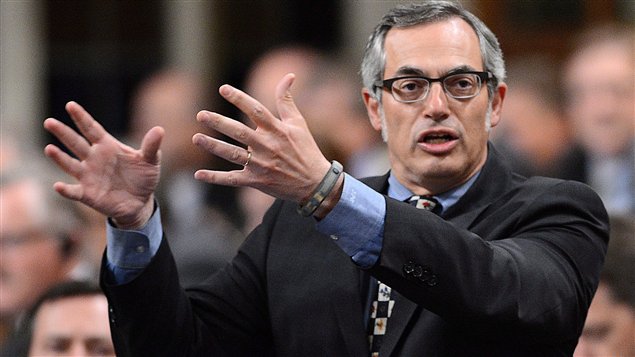 Canadians can now easily find out the average of sick days taken in public departments. The statistics were quoted by worker’s unions, after the federal government announced it would overhaul the rules around sick days and disability leave in the public service.

Among about 86 per cent of the public service, workers averaged more than 17 sick days, according to the Treasury Board of Canada.

Veterans Affairs leads all departments in sick days, with 24.4 paid and unpaid days taken, according to 2011-12 government stats. The last department on the list, Foreign Affairs and International Trade, had only 11.5 days taken.

The chart below ranks the average number of sick days taken, paid and unpaid, by department: 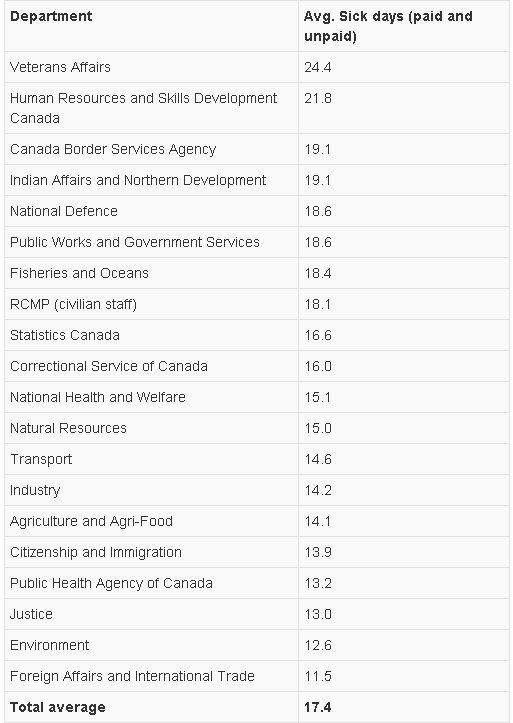 Source of the image: CBC

The statistics include only permanent employees, employees with terms of three months or longer and casual employees, according to the Treasury Board.

The Public Service Alliance of Canada (PSAC), the largest union for public sector workers, claimed the current sick day plan does not cost the government as much as it claimed because most workers are not replaced when they are away.

It also said combining paid and unpaid leave could be misleading, because unpaid leave was likely for long-term disability plans paid for by private insurance companies.