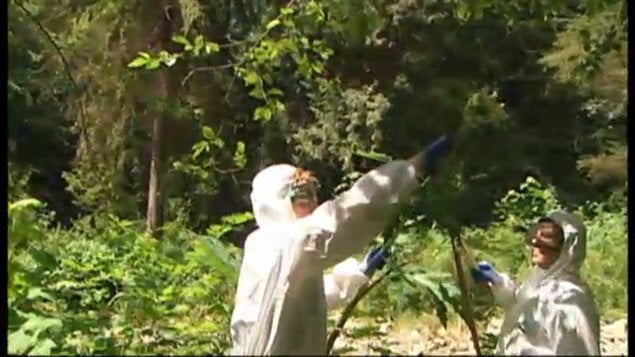 The invasive giant hogwood plant is spreading in four Canadian provinces and officials are warning people to stay away from it. Originally from south west Asia, the plant has a clear sap which can cause severe burns when affected skin is exposed to sunlight. It is also reported to cause temporary blindness in cases where the sap gets into the eyes.

Citizens are urged to report sightings of the tall plant to local authorities and to use protective clothing and eye wear if they intend to remove the plant themselves. There are careful directives on how to dispose of it to avoid its spread.

The case is a reminder of the dangers of transporting local plants or animals to new locations anywhere in the world.