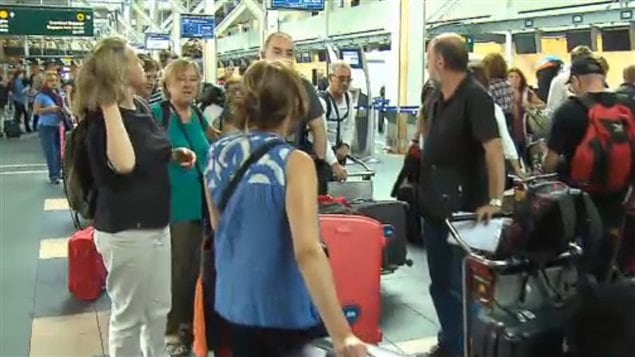 Strike notice at Vancouver airport ahead of holiday weekend

Strike averted, see August 30 update below
Hundreds of workers at Canada’s second busiest airport in Vancouver could be on strike this holiday weekend, and as early as Friday.

Local 20221 of the Union of Canadian Transportation Employees (UCTE) informed the Vancouver Airport Authority of their right to strike as of midnight Thursday (August 29).

Canada’s Labour Day holiday weekend is one of the busiest of the year at the airport.

But Anne Murray, a spokeswoman for the Airport Authority, says she expects airport operations to run smoothly this long weekend, even if there is a labour disruption, “passengers should be reassured that there really won’t be delays for them.”

According to the union the Vancouver Airport Authority “has tabled many concessions including language that weakens apprenticeship provisions currently in the collective agreement as well as create a two-tier wage system that would create a new class of ‘seasonal’ workers.”

——————————–
Update (August 30):
An agreement was reached between union and management representatives just hours before a midnight deadline Thursday (August 29). This means there will be no strike on the holiday weekend. The agreement needs to be accepted and ratified by the union leadership in September.