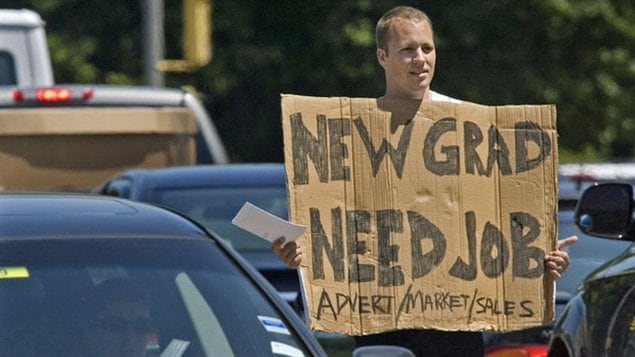 A new reports suggests there’s been a huge shift in job prospects in Canada.This is especially affecting young people who are looking for part-time work after school to help pay for current or future studies.

The investment report prepared by CIBC World Markets is called, “Why Tyler and Cloe can’t get a job”.

Economist Emanuella Enenajor is co-author of the report

The report notes that the unemployment rate for young people aged 15-18 who are looking for part-time jobs to help finance current or future education or other plans, is at a record high, at over 20%.

Such part-time jobs are typically in service industry jobs such as coffee shops, restaurants, retail sales etc. The reason in large part is because many older people are taking such jobs.  In some cases, it’s because seniors have discovered they have to seek work in order to augment dwindling savings.

Other situations include company downsizings, where staff might move downward in position in order to keep working.

In addition, the manufacturing sector is dwindling in Canada and middle aged workers have been laid off from higher-paying blue-collar manufacturing jobs and been forced to accept low-paid, or part-time work just to make ends meet.

It also has had an effect on new immigrants who often have to accept work below their qualifications, but as those positions are being filled by others accepting downscale positions out of necessity, opportunities for immigrants are also being pushed downward into low-paying jobs, or none at all.

The report also notes that Canada’s population is aging rapidly, behind Japan, S.Korea, and the Netherlands, but faster than the US, France, Germany, Australia and others. 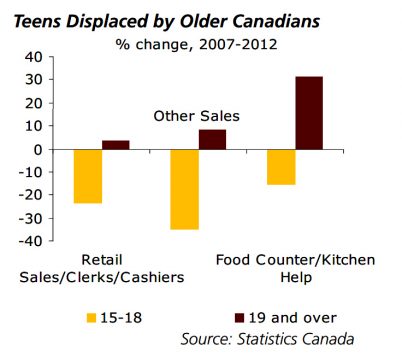 The report notes that workers and government must be aware of and plan for aging, in terms of key issues like Canada’s retirement savings programmes.