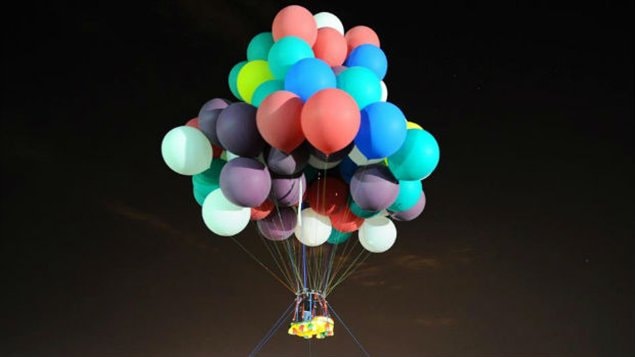 Jonathan Trappe was going to cross the Atlantic Ocean suspended from 300 helium-filled balloons, but was forced to land on a remote part of Canada’s eastern coast instead.

The adventurer left Maine, U.S. on Thursday but technical trouble during the flight forced him to land near Lark Harbour, Newfoundland.

Trappe has become known for flying in clusters of balloons, including flying in a house, much as in the Disney-Pixar animated movie called Up.