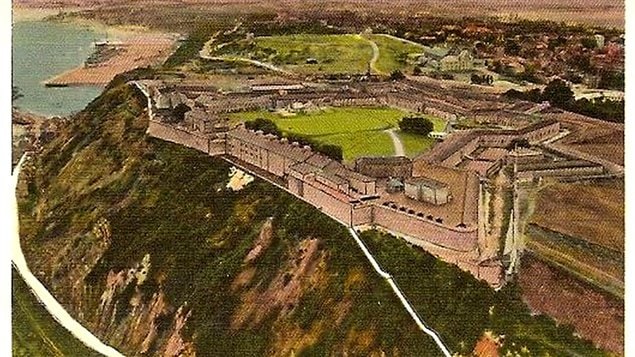 Anniversary of the battle that changed the course of history

On the morning of September 13, 1759, a brief battle lasting less than an hour, and as little as 15 minutes according to some sources, changed the entire course of North American and world history.

Thousands of men, British on one side, and French, French-Canadians, and some aboriginals faced off outside the walled, heavily foritified city of Quebec.  Though no-one knew it at the time, the day would mark a change in the course of history for North America, and subsequently the world.

Prior to the Seven Years War, the French controlled most of what was to become eastern-central Canada, and down through the central US. They controlled a major portion of the lucrative fur trade, timber, and other resources of the continent. They had already challenged and limited the expansion of the lesser British presence on the continent.  By 1756, the first official year of the war, the British had suffered a number of losses in North America as French control expanded.

However, British leader, William Pitt (the Elder) saw the enormous potential wealth and strategic importance of winning the new continent and spent vast sums to finance military action there, as well as in Europe.

After assembling large naval and infantry fordes to send against the French, the French began to be pusshed back, losing key forts such as Louisbourg.  However, it was the major and formidible fortress of Quebec, the political and military centre of New France, that stood in the way of British overall victory on the continent. Taking this fortress would mean the end of French control in North America.

During the spring of 1759 a massive force of British ships and men had made their way upriver through the tricky St Lawrence, thanks in part to the navigational skills of  a certain James Cook. Throughout the late spring and summer, the city was shelled and surrounding areas burned along with a couple of disastrous attempts to reach the city with great loss of British life.

By September, French General Montcalm knew that if he could hold out till the cold weather in just a couple of months, the British would be forced to withdraw, and given the cost and complexity of mounting another large-scale campaign, likely not be able to return.

A desperate British General Wolfe knew that too. When it began to seem like he would fail, scouts advised him of a poorly guarded path up the steep cliffs and onto the plains behind the fortress and city

In the early hour darkness of September 13, thanks in no small part to incredible luck that the French were expecting a convoy of relief supplies from Montreal, British boatloads of troops glided downriver past the sentries, were landed and the soldiers laboriously scaled their way up the cliff.

The French awakened to the site of a British army massed on the plain outside the gates, waiting for the French defenders to come out against them.  In a poorly organized attack, the French charged, were cut down and the survivors broke and ran. In roughly 30 minutes it was over. However, General Wolfe was mortally wounded and died on the field, French leader the Marquis de Montcalm was also mortally wounded and died the next day inside the walls of the city.

From that point on, French influence and control in the continent was all but extinguished, and indeed diminished in other areas around the world, The US and most of what would become Canada, became an English speaking area. The British allowed the French to retain their language and Catholic religion and what is now the province of Quebec which today remains a mostly French speaking region.