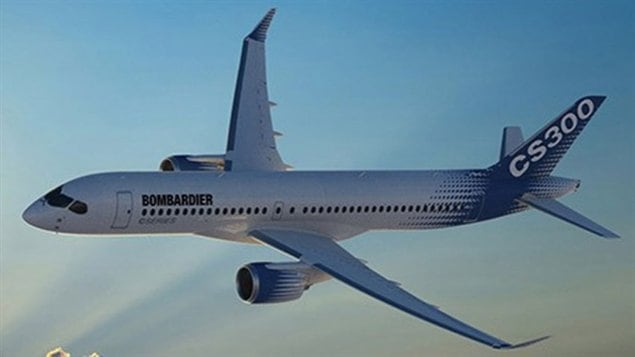 Bombardier could use its facilities in Wichita, Kansas to continue its tests on CSeries planes.
Photo Credit: Bombardier.com

If winter weather gets too bad in the province of Quebec, Bombardier may test its new CSeries commercial aircraft in the United States. The general-manager of the program, Rob Dewar told an aerospace forum that the aircraft manufacturer has the option of testing at its facilities in Wichita, Kansas where similar planes are tested.

Normally testing would be based in Mirabel, 53 kilometres north of Montreal. But the weather can get nasty at this time of year making testing difficult. Bombardier needs to accumulate a certain number of hours of testing before the aircraft can be certified.

Seven Bombardier CSeries planes are in varying stages of assembly. So far the company has conducted more than 200 hours of ground and flight testing on this model.