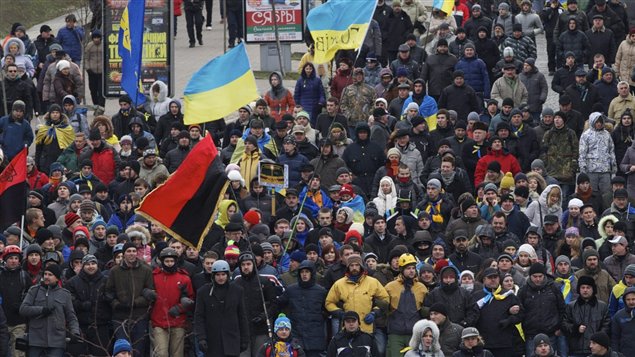 “We’re committed to work with the people of Ukraine in its democratic development and that’s a long-term commitment,” said Canada’s Foreign Affairs Minister John Baird on Wednesday (December 4) speaking to reporters from Kyiv, the capital of Ukraine.

The Foreign Affairs Minister is in Kiev for the Organization for Security and Co-operation in Europe (OSCE) Ministerial Council.

“We’re engaged here because Ukraine matters, because Canada believes in the values of the Ukrainian people and we want to do all we can to support them in their aspirations.”

Before leaving for Kyiv, in a press release from the Foreign Affairs ministry the minister is quoted saying: “I am going to Kyiv to personally tell Ukrainian authorities, in no uncertain terms, that their actions do not live up to the democratic standards that the Ukrainian people deserve. While there, I will meet with opposition leaders and civil society representatives to show them Canada’s support.”