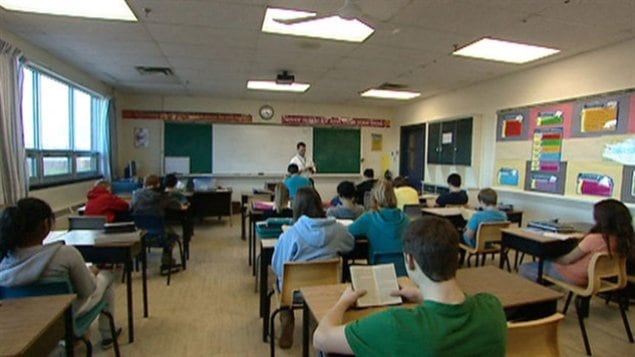 A retired teacher says New Brunswick school policy is keeping him from getting part-time work as a substitute teacher, and constitutes discrimination by age
Photo Credit: CBC

A retired school teacher has filed a complaint with the Human Rights Commission in the east coast province of New Brunswick.

Fred Hall, 67, says the policy amounts to age discrimination.  Mr Hall, from Nova Scotia, used to be hired occasionally as a supply teacher in the neighbouring province of New Brunswick, but saw his hours dry up.

He said by preventing retired teachers from temporary work as substitutes the Anglophone East school district is practicing “ageism”.

The superintendent of the school district, Gregg Ingersoll said the policy is to develop the next generation of teachers. He says, retirees have a pension whereas for novice teachers this may be their only income.

Kathy Chapman is a supply teacher and says,” “My own personal opinion is retired is retired, especially given the number of qualified young people that can’t find work right now”

The president of the New BrunswickTeachers’ Association says retired teachers have a lot to offer, but Peter Fullerton suggests that should be in a volunteer role, whereas the paying substitute positions should go to the next generation of teachers.

He says, “Teaching is a very difficult job. If you’re looking at trying to bring new blood in, that’s what keeps the system vibrant and I think it’s important,and you want to keep them here so they work into those full-time positions.”

It should be noted that on December 15 2012 the federal government repealed a section of the Canadian Human Rights act, thereby ending mandatory retirement across the country,the typical (but not universal) retirement age being 65. The exceptions are in New Brunswick in positions with a pension plan (much of the work force) and across the country where there are “bona fide” occupational performance requirements..such as firefighters or airline pilots who must be licensed and medically qualified.