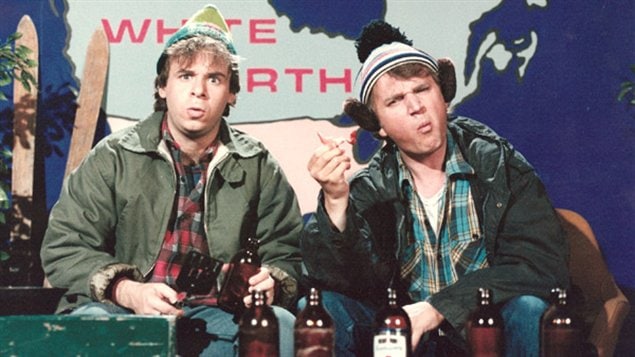 A quintessential Canadian expression is no longer being used by young people and is about to be replaced, reports Postmedia News. “Eh” was often used at the end of a sentence, especially in rural Canada. It is pronounced like the letter “a.”

Hilarity ensued when “eh” was immortalized by two comedians in the late 1970s who played Bob and Doug McKenzie. Beer was front and centre in their skits and they always wore toques, the wool hats Canadians typically wear to fend off frostbite in the cold winters. Canadians found the stereotypes uproariously funny and the duo became a pop culture phenomenon in Canada and the United States.

But all good things must come to an end. Bob and Doug are no longer on prime time tv and now it seems young people prefer to say “right” at the end of a phrase. At least, that’s what University of Toronto linguist Sali Tagliamonte says.

“Eh” is still used in the Ottawa Valley or in northern Ontario, she says, because rural people tend to stay with the more conservative features of the language.  But in the cities kids are moving on. She adds they are more likely to say “I’m like” instead of “I said.”

Other typical Canadian expressions immortalized by Bob and Doug McKenzie:

“Take off, eh” could mean “I find that hard to believe” or “get lost” or “leave me alone” depending on the tone and context.

“Two-four” indicates a case of 24 beers.

“May Two-four” usually refers to a national holiday, Victoria Day, on May 24th when people like to go camping and drink beer.