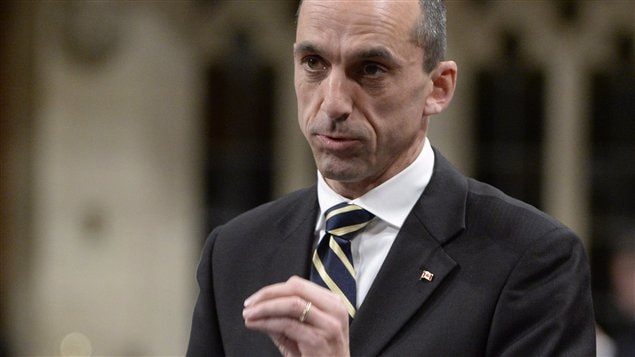 Talking points for Canada's Public Safety Minister Steven Blaney cover what to say in case of a terrorist attack, a natural diaster, or an assault on electronic networks.
Photo Credit: Adrian Wyld/CP

Briefing notes, what the minister will say when disaster strikes

Newly released documents outline what Canada’s Public Safety Minister Steven Blaney is supposed to say when a disaster strikes. Talking points cover terrorist attacks and natural disasters in Canada and in the United States, and an assault on electronic networks, according to a Canadian press article by journalist Jim Bronskill.

For instance, in the event of a terrorist incident in Canada, the Minister was given the following talking points:

In the event of a major natural or man-made disaster in Canada:

The briefing notes were obtained by The Canadian Press under Canada’s Access to Information Act.

In the case of an assault on vital electronic networks the notes suggest Blaney be circumspect: “While I won’t provide specific details about the nature of this incident, I can assure you the government of Canada has plans in place to prevent, minimize and address the impacts of cyberthreats. Government agencies are working closely together to take appropriate action and implement mitigating measures.”

More information:
Canadian Press – What you might hear from (minister’s name) the next time disaster strikes – here
Canadian Press/Jim Bronskill – Minister ready with (type of incident) sympathies to (city or town) – here