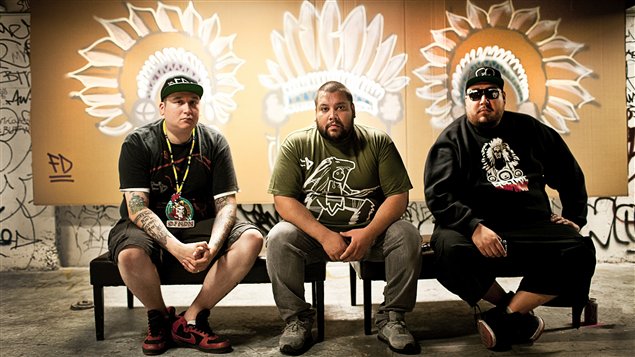 Known for mixing Indigenous First Nation pow-wow music with hip-hop, the group intentionally did not want to compete for Aboriginal Album of the Year.

DJ NDN told the Calgary Herald’s Mike Bell the three members wanted their latest album Nation II Nation to be judged on their music and alongside their stylistic peers.

The 44th annual Juno Awards will be broadcast across Canada on the CTV Network on Sunday, March 15, 2015.

A Tribe Called Red is presently on a tour of western Canada.