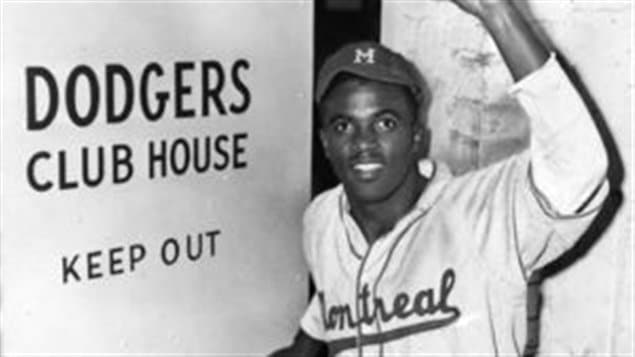 April 10, 1947 Montreal says goodbye to Jackie Robinson, the first black player in the major leagues, who got his break in Canada
Photo Credit: wiki

In 1945, segregation and racism was common in the US, and professional baseball was a very “white” sport. That year however, owners of the Brooklyn Dodgers and their Montreal affiliate, signed Jack Roosevelt Robinson, a star player in the “Negro League” to a contract using their International league affiliate, the Montreal Royals as a test bed for a black player in the “white” leagues.

The year was 1946, when Jackie Robinson stepped onto the field in Canada, the first black player in the white professional leagues, and who became the first to break the colour barrier in major league baseball.

While he initially faced discrimination from the American-born team manager and some teammates, he quickly became the darling of the Canadian crowd and eventually won over the rest of the team with his superb play.

During the season in Montreal, Robinson and his wife lived in a white neighbourhood and were welcomed by the city.

For the rest of his life, Robinson said he was grateful to Montreal for the generous treatment during his stay in that difficult transition period.

Based on his success in the International League in Montreal, on April 10, the Montreal Royals and the city said goodbye to Robinson who was signed to the major league Brooklyn Dodgers to become the first black player in the majors, but who got his break, in Canada.