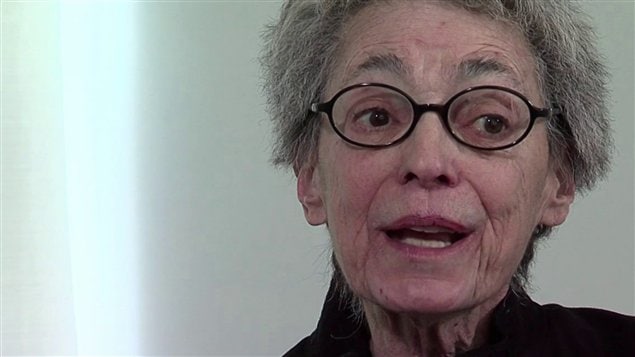 In a video interview released by Montreal’s Musée d’art contemporain, Cohen talked about her photo interiors: “I don’t want my hand to be visible… These are ways of retrieving reality…and they’re deceptively neutral.”

In 2011 she told the magazine Canadian Art: “Someone who reviewed my work in the Village Voice in the 1980s suggested the photos were all set up in my studio. That was kind of nice in one way; in another way the reviewer had fallen in the trap. Welcome to Duchamp.”

Last month describing Cohen’s exhibition at the Winnipeg Art Gallery, CBC reviewer  Alison Gillmor wrote  “somehow the way Cohen sees these environments, and the way she frames them and presents them, makes you look a little harder. Gradually, these empty rooms start to seem comic or melancholy or even sinister. At some point you find yourself thinking, did Stanley Kubrick design this conference area, this spa, this lab?  Cohen’s seemingly banal spaces are suddenly loaded with significance.”

Cohen was born in the city of Racine in the U.S. state of Wisconsin in 1944, but had lived and worked in Canada since 1973.

Her work has been shown around the world and is represented in over 50 public collections including the National Gallery of Canada, the Australian National Gallery, the Bibliothèque nationale de France, and the Art Institute of Chicago.

According to a statement released Tuesday (May 13) by the Olga Korper Gallery in Toronto “Out of respect for Lynne’s personal wishes, no funeral or memorial service will be held.”