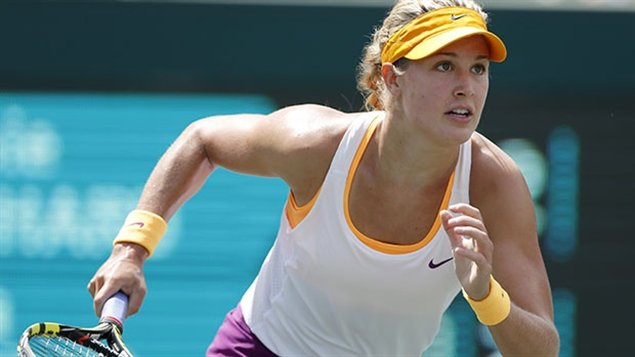 Both Eugenie Bouchard and Milos Raonic have advanced to the semi-finals at Wimbledon, the best showing for Canada in the open era.

Tom Tebbutt, a writer with Tennis Canada describes Eugenie as an “amazingly single-minded young woman”.  He said, “the more difficult the situation the more brave she is.”

Bouchard has made the semi’s in both the Australian and French open this year.  Tomorrow, if she beats number 3 seed, Simona Halep, she’ll advance for the first time, to the final.

Milos Raonic, at 6 foot 5 with one of the best serves in tennis, is a force to be reckoned with as he proved today defeating the unknown who beat Rafael Nadal yesterday.  Raonic beat the 144th seed, 19 year-old Australian Nick Kyrgios in four sets today.

Tomorrow he meets Switzerland’s Roger Federer once again, but as Tom Tebbutt says, Roger Federerl is a year older, and so is Milos Raonic so perhaps the outcome will be different this time.

Despite the joy Canadian tennis fans are feeling, the two star players have to remain focused and prepared for the games of their lives so far, in these days to come.