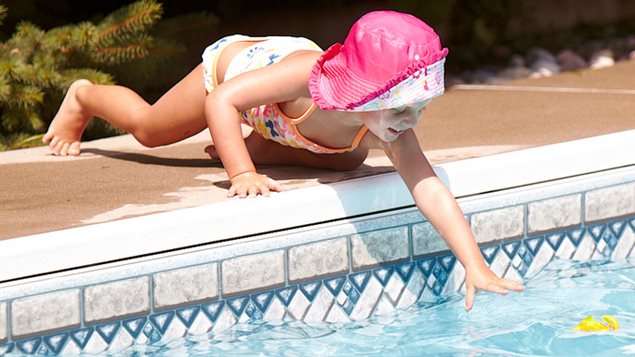 Trying to prevent 525 drownings every year

On average, over five hundred people drown every year in Canada and 80 per cent of those deaths could be prevented, says a report by the Canadian Red Cross. The not-for-profit agency compiled information on water-related deaths between 1991 and 2010 to help its efforts to prevent drowning.

At highest risk are children aged between one and four, and males between 15 and 34 years old. With children, the issue is often a lack of adult supervision. Sometimes children wander into pools or other bodies of water. With males, it “is about the type of activities that they’re participating in and their perception of the risks that are involved with those activities,” says Shelley Dalke, manager of swimming and water safety for the Canadian Red Cross.

ListenShe gives the example of males who go boating but don’t wear a life jacket “partly because they don’t expect to be in the water, but also partly because they don’t believe that they need that added layer of protection. But they’re not keeping in mind how cold some of our water can be, regardless of the time of year in Canada.” And the cold can dramatically change someone’s ability to swim or save themselves.

Drownings in all seasons

While the majority of drownings occur in summer, Dalke notes they also occur in other seasons, particularly in spring when people are in a hurry to go swimming after a long winter, and in fall when they may be fishing and the water is cold. “The cold changes everything,” she says.

Alcohol is a contributing factor in nearly 39 per cent of cases where people over 15 years old drown. On average, 97 fatalities happen every year due to unexpected falls around water.

While water-related deaths occurred in all provinces, the rates in the Territories in the northern part of the country had a rate several times the national average.

Based on what the research reveals about drowning, the Canadian Red Cross has simple advice to avoid it:

-Supervise children in, on or near water.

-Do not mix alcohol with boating or swimming.

-Avoid situations where an unexpected fall into water will result in the inability to get out of the water.

-Ensure that you have four-sided fencing with a self-closing, self-latching gate for backyard or private pool.

The Canadian Red Cross offers swimming and water safety lessons right across the country. In light of its findings about accidental falls into water, it will revise them to offer optional skill training where swimmers are wearing clothing in the water.

While Dalke thinks Canadians are very receptive to water safety messages, she says they may forget about the importance of them until a situation occurs. “It’s not front of mind as we’re going to the beach, it’s as things are happening at the beach that we start to remember some of those safety messages,” says Dalke.

“Particularly when we talk about boating, it’s not until somebody’s falling into the water that they recognize the importance of having put their life jacket on, versus just having the life jacket in the boat.”