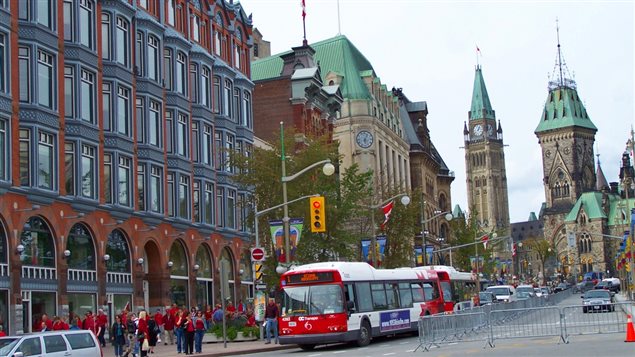 The antional capital, Ottawa, one of Canada's best cities to live in. This is looking north on Elgin Street with Canada's Parliament buildings in the background
Photo Credit: wiki commons

If you’re moving to Canada or within Canada, where should you look?

This year’s report by the Conference Board of Canada might help you decide.

It’s the third analysis by the Board since 2007 and is based on the 2011 Census, and National Household Survey.

The report ranks the cities as A) strong attraction, B) attractive, C) room for improvement, and D) struggling to attract.

Only six cities made it to the “A” category, based on high marks in at least two categories and has attributes that draw people to its community, such as a strong economy, a culture of innovation, or a high quality of life. They extend from coast to coast to coast, include big and small cities, and urban and suburban centres.

Thirteen cities were in the “D” category and bear witness to the comment above by Alan Arcand.  These cities showed little population growth between 2006-2011, and two saw population decline.

Watch Alan Arcand on the results of the survey