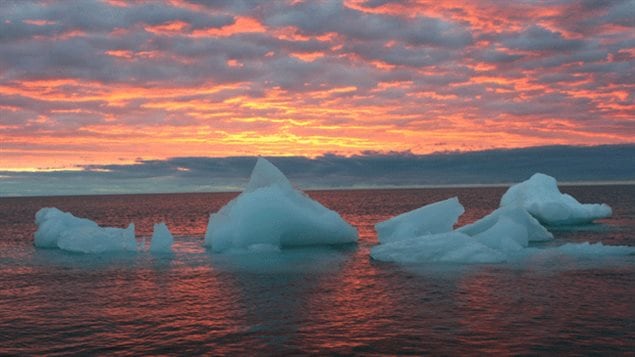 A new report says due to greenhouse gas the oceans are becoming acidic at an increasingly fast pace, with serious potential affect on the ocean life. Cold waters are even more acidic as they absorb C02 faster
Photo Credit: Beth Ipsen/Associated Press

A new report from the UN Convention on Biological Diversity (CBD) meeting in South Korea says that ocean acidification has risen alarmingly from absorption of CO2 in the atmosphere.

This report says acidification is changing and will dramatically change the ocean ecosystem in years ahead.

Alfonso Mucci is a professor of geochemistry and oceanography in the Department of Earth and Planetary Sciences at McGill University in Montreal, Canada

The report was authored by 30 experts, and released this week at a conference of the CBD, held in South Korea of the CBD, an offshoot of the 1992 Rio Earth Summit.

The 102-page document, based on a review of hundreds of published studies, said the ocean’s pH level was falling — a benchmark of rising acidity — and the consequences would be enduring.

“Because of our ongoing experiment of burning fossil fuels and putting C02 in the atmosphere, the oceans are trying to absorb this C02 and catch up” A Mucci

Professor Mucci says, as human activity increases the CO2, the oceans try to catch up and are absorbing more and more C02 which combines with the water to be converted into carbonic acid.

The change in pH making the water more acidic, harms microscopic organisms, corals, and mollusks which find it increasingly difficult to extract calcium carbonate and aragonite from the water to form their protective shells which are weakened by the acidity of the water, or in severe cases, dissolved.

The oceans around Canada are being affected even more due to the fact that colder water absorbs a higher percentage of C02.

Professor Mucci says the acidification may have some drastic repercussions on the entire food chain if organisms at the bottom of the food chain can’t survive. He points out that in terms of greenhouse gasses, we are actually beyond the predictions made by the International Panel on Climate Change (IPCC).

He notes that according to the thermodynamic principle in physics called Henry’s Law, even if we stopped all burning of fossil fuels today, the ocean acidity would continue to rise as it sought to create equilibrium with the current high levels of C02 in the atmosphere

“Although I’m always an optimist, this is really critical” says Mucci.

Hari Sreenivasan, of PBS NewsHour reports on how ocean acidification is already affecting oysters and other shellfish in the U.S.