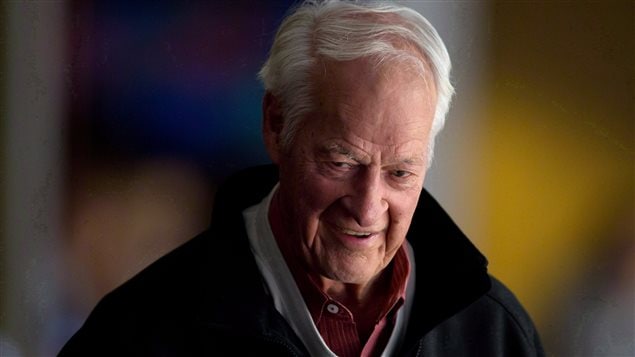 He has lost most of the use of the right side of his body, and his speech is slurred, according to his daughter Cathy, who lives in Lubbock, Texas, where Mr. Howe now resides.

The former Number 9, who is Wayne Gretzky’s hero, played 25 years with the Detroit Red Wings, winning 4 Stanley Cups in that time.

A lot of hockey fans in Canada and the United States are thinking of the 86 year-old, who held the record for most goals in the league, at 801, until Wayne Gretzky beat him in October 1989.

“Wishing my friend Gordie Howe all the best, you’re in all of our thoughts and prayers,” said Prime Minister Stephen Harper in a tweet from his verified account.