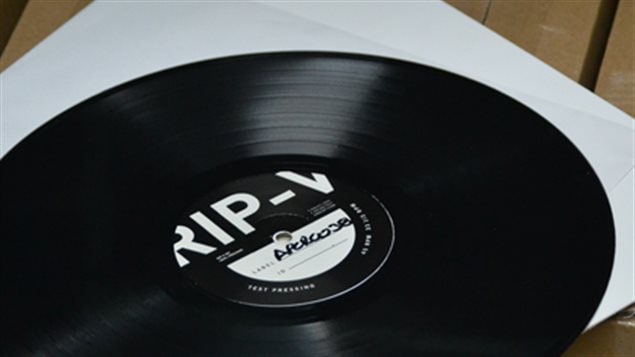 RIP-V vinyl record pressing plant near Montreal will close in January, the only plant in Canada.
Photo Credit: RIP-V

There are only a handful of vinyl record manufacturers in North America and now the only one left in Canada is set to close.

Previously the only Canadian plant was MMS-Music Manufacturing Service, in Toronto. It announced it was closing in 2008 when their master pressman and plant manager retired.

At the same time, in Quebec Philippe Dubuc and partners bought 13 ageing presses from New Jersey for about $100,000 and set up RIP-V, a pressing plant in St Lambert directly across the bridge south of Montreal.

In 2009 they began pressing vinyl records which have been increasing in popularity with millions sold every year, in a constantly growing market.

This year RIP-V was pressing 2,000 records a day, with an intense demand for more.  Dubuc said however any higher volume would have required too much time to maintain the machinery.

In our phone conversation he said of the seven employees, only himself and one other were trained to operate and maintain the presses adding the 40 year old machines were complex and required constant attention .

He adds that training someone else to add to the staff would take a matter of several months. “It’s not like a computerized operation where you just push a button”,  he said.

He says RIP-V was making a profit but with the demand he had two choices. They were either to increase volume along with the associated maintenance and staffing issues, or sell to someone else, adding, “we received a very interesting offer”.

Because of that, Dubuc has chosen the latter option and RIP-V will cease pressing records on January 18th, next year.

The buyers were Americans with connections to the music industry who will soon move the presses back to the US, signalling the end of vinyl record production in Canada.

None of the employees will be joining the US operation, and Philippe Dubuc says he will be taking a vacation, and then probably return to the financial and banking world where he had spent several years before his venture into the record industry.

The name RIP-V stands for the first names of the founders, Rene-Ian-Philippe and the V is for vinyl.

However, a late word is that vinyl record production may not be totally lost in Canada.

Recently an operation called Canada Boy Vinyl has indicated it will start up in Calgary in 2015.