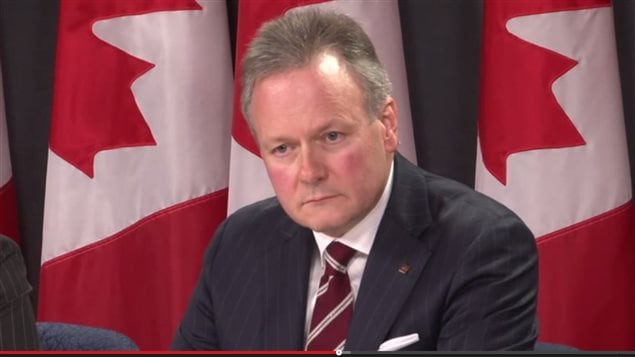 Bank of Canada Governor Stephen Poloz explained the Bank's overnight rate cut of a quarter per cent to 3/4 per cent during a press conference Wednesday, January 21, 2015.
Photo Credit: Bank of Canada

Calling it “policy insurance” the Governor of the Bank of Canada Stephen Poloz announced an overnight rate decrease of a quarter per cent to 3/4 per cent Wednesday (January 21)..

In explaining the decision, Poloz pointed to the impact of falling oil prices: “The drop in oil prices is unambiguously negative for the Canadian economy. Canada’s income from oil exports will be reduced, and investment and employment in the energy sector are already being cut….Today’s action is intended to reduce the risk that our inflation path might move materially to the downside…”

Bank of Canada video of press conference below: