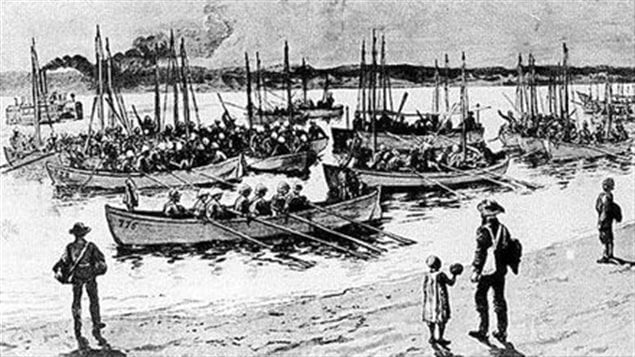 On January 26th, 1885 a British relief force of over 5,000 soldiers which had struggled its way up the Nile from Cairo, spotted their objective, Khartoum, with them were dozens of Canadians who had brought the British boats upriver.

The Canadian boatmen were known as the “Nile Voyageurs”. The first group of Canadians in the young country’s history, to participate in military action overseas.

In the Sudan, in the 1880’s,a rebel movement had been growing against Egyptian and British rule and coalesced into a force under a self proclaimed Islamic prophet, the Mahdi, or redeemer of Islam. Britain had decided to abandon the Sudan, and ordered Egypt to abandon its administration of the Sudan in 1883.  Gen Gordon was sent to organized the evacuation until Khartoum was the last outpost under British/Egyption control.

However, by March 1884a vast number in the tens of thousands had surrounded the city of Khartoum and the small garrison of Eyption troops and civilians including women and children, about 6,000 in all were cut off in the city and running out of food and water.

Khartoum is located about 2,000 kilometres south of Cairo, and General Wolsely needed men who understood rapids and tricky water. He had been impressed with Canadian boatmen in his Red River expedition some 14 years prior, and so word was sent to Canada to seek volunteers for the Nile Expedition to rescue Khartoum

Some 386 raftsmen and other river experienced men were chosen, including several dozen aboriginals, who left Quebec for Egypt in September 1884.  A Mohawk from the Khanawake reserve, south of Montreal recommended the design of the whaler boats to be used.

After surviving a couple of strong attacks by Mahdist forces along the way, the six month contract of the Canadians was over and many elected to return to Canada with 89 remaining to help move Wolseley’s force the final distance upriver.

By January 26, the relief column spotted Kartoum but it was too late.

Some 50,000 Mahdis in a preemptive strike, rushed the poorly defended river side of Khartoum attacking on foot across the very low level of the Nile. They overcame the weakened garrison and slaughtered virtually everyone including the entire garrison and most of the townsfolk carrying off a few survivors as slaves.

The relief force entered the city two days later only to discover the horror of the slaughter, and Gen. Gordon’s headless body.

With the fall of Khartoum the Mahdi, Muhammad Ahmad established an Islamic state in the Sudan, although he died six months later. Sudan would not be reconquered by the British until a campaign to avenge Gordon, led by Lord Kitchener in 1895-98

Some 16 Canadians died during the Nile Expedition, They are memorialised in Canada’s Victory and Peace Tower of the Parliament building in Ottawa, which recognises all of Canada’s war dead. Gen. Wolseley wrote a letter to the Canadian Governor-General praising the Canadians’ service and the British Parliament passed a motion thanking them for their efforts.

Because they were civilians contracted by the British military, with the consent of the Canadian government, and did not wear uniforms, it is actually more correct to say it was Canada’s first participation as a part of a British military expedition abroad.