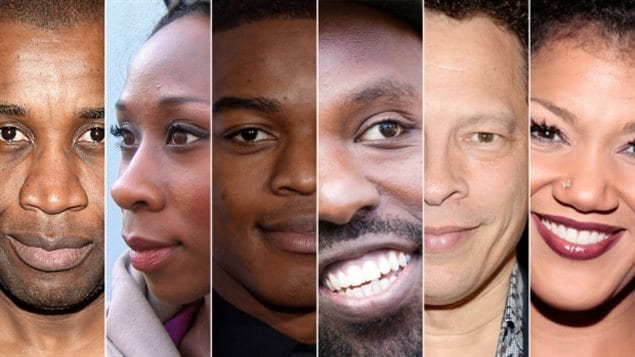 The killings of unarmed black men by police in the United States has changed the conversation about race relations going into Black History Month this year, says freelance journalist Desmond Cole.

‘History must link with today’

Traditionally the month February features celebrations of prominent Canadians of African descent from the past and present, some of their struggles, and achievements. But Cole says there is no value in looking a history as a detached, dead reality. “We have to try to link history from the past in this country to how black people, people of African descent in Canada, are actually living and being treated today,” says Cole.

Canada has been heavily influenced by events in the U.S. says Cole. “We’ve heard so much about that in Canada and had so many of our own discussions about it that, as a consequence, I think we’ve begun talking about our own police in Canada, because we also have problems with policing and black people in this country. And we’ve started reflecting on whether or not we’re really doing a proper service to black people, but not just in policing, but in all areas of government and social life.”

ListenComparisons to U.S. not helpful

Canadians are apt to compare race relations to those in the U.S. and aver that things are not nearly as bad in Canada. Cole does not find that useful. “I can say, certainly we have our own unique problems and challenges in this country. And for the people who have to suffer under continued systemic racism in Canada, it doesn’t really matter that it’s worse somewhere else. They just want justice and equal opportunity where they live in our country.”

There is “wide, systemic racist bias” in police forces in Canada says Cole, and since the problem has been so widely publicized in the U.S. he thinks it has become more acceptable to says that. Citing incidents of young blacks who have been shot by police in Canada Cole says, “We have a lot to answer for, to account for, in our own communities. And I really feel like the conversations that have been happening, that started in the United States, have given people here who are concerned about the same thing, more of a license to talk.”

“I know that systemic racism is playing a part in what’s happening. There are other factors—entrenched poverty within the black community, family breakdown—all of which are cause by systemic racism. But I want to be able to speak about those things without having to argue about my humanity as a black person.

“I want my brothers and sisters of all colours and of all backgrounds to listen, and to listen openly, when black people tell these stories so that we can all work together to turn them around and to erase that past.”