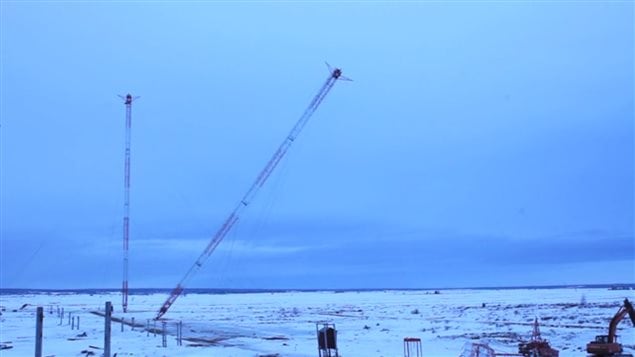 For interdisciplinary artist Amanda Dawn Christie it started out many years ago as a sound project, trying to capture the radio signals people were hearing in their sinks, toasters and fridges near the Radio Canada International shortwave transmitter site in the Atlantic coast province of New Brunswick. But as the “radio sink girl” started hearing from more and more people about the transmitter site, she decided to make an experimental landscape film, showing the site through all four seasons.

As she prepared for the filmming, it was announced that Radio Canada International would stop transmitting on shortwave in 2012. And then later, that the towers and attennas at the Sackville, New Brunswick site would be demolished.

They were in fact demolished in 2014. And the artist found herself as a unique witness of the end of a site that was constructed in the late 1930s and would transmit Canada’s “Voice to the World” from 1945 until 2012.