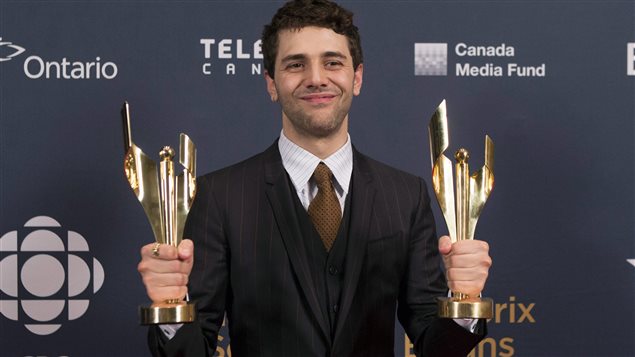 Mommy is about a widowed mother, Diane Després, struggling with the difficulty of raising her violent son. Both Anne Dorval, who plays Després, and Antoine Olivier Pilon, who plays her son Steve, took home awards for best actress and actor in a leading role.

According to the Globe and Mail newspaper`s Simon Houpt the merger “is an attempt by the Academy of Canadian Cinema & Television to bring together the red carpet glamour of feature films and the populist appeal of TV: particularly important in a country where domestic films represent a tiny percentage of the overall box office and TV shows rarely make it into the weekly Top 30 viewing chart.`