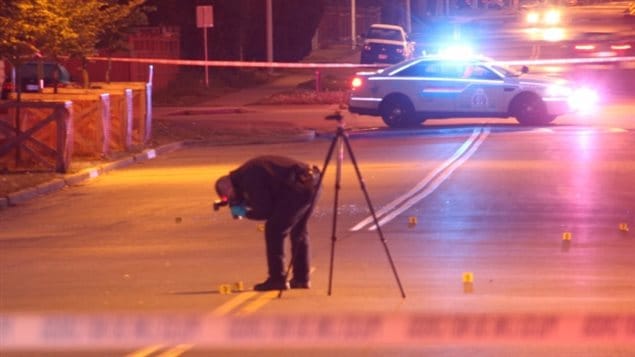 “I am imploring any who have been involved in these shootings to take a sober look at the grim reality of your actions,” said Mayor Linda Hepner during a Monday morning (April 20) press conference in her Pacific coast city of Surrey.

Mayor Hepner was reacting to a series of nearly two dozen shootings in Surrey and area since March 9.

The latest victim, and first fatality, is Arun Bains, the nephew of Harry Bains a Member of the Legislative Assembly of the province of British Columbia.

Chief Superintendent Bill Fordy, the Surrey RCMP police officer in charge of the investigation, said he was disappointed to see the violence escalate to a fatality.

Investigators have said they’re frustrated by the fact that none of the shooting victims are co-operating with police.

According to CBC News the rival gangs are of Somali and South Asian descent.