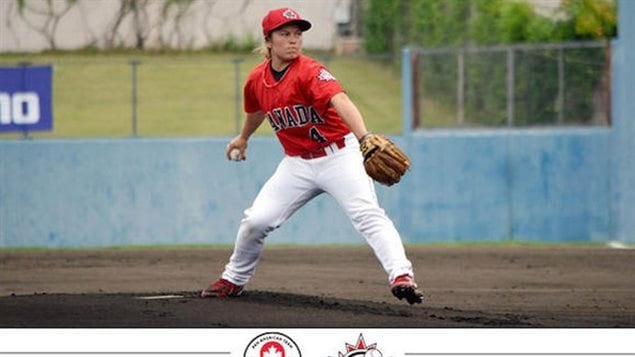 Women's baseball will be part of the multi-sport event for the first time in July when it joins the Pan Am Games line-up. Canada's national team was announced Sunday.
Photo Credit: Baseball Canada photo

The Pan Am Games in the Greater Toronto Area will include women’s baseball for the first time at a major multi-sport Games.

Canada selected 18 women for its baseball team to play at the 2015 Pan American Games taking place from July 10 to 26 in Ajax, Ontario.

The athletes representing Canada at TORONTO 2015 as members of the Women’s National Baseball Team are:

Women’s baseball will be a part of a multi-sport event for the first time in July when it joins the Pan Am Games line-up. Canada’s national team was announced Sunday. (Baseball Canada photo)