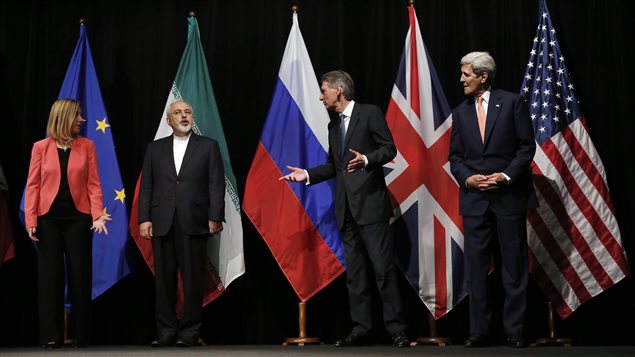 Iran, and six major powers signed a deal today, that will limit and monitor Iran’s nuclear program in exchange for the lifting of sanctions imposed on the country in 2006.

The negotiating took place in Vienna; first in Lausanne from March 26 until April 2nd, when a framework was established. The foreign ministers of the United States, the United Kingdom, Russia, Germany, France and China were all committed to reaching a deal, working in Vienna for the last 18 days, extending deadlines in succession.

Many people are cautiously hopeful that the agreement will make the world a safer place, but Canada has not agreed to act on the deal and will not yet lift sanctions.

Foreign Affairs Minister Rob Nicholson issued a statement today saying that Canada “will continue to judge Iran by its actions not its words,” and that the government will examine the agreement carefully before making any policy changes.

“We will examine this deal further before taking any specific Canadian action,” Mr. Nicholson said in the statement.

In reality, Canada’s sanctions will have little effect on the Iranian economy.  But Stephen Harper has been critical of the country and suspended diplomatic ties in 2012 and closed the embassy in Tehran This was the embassy that once housed the American hostages.