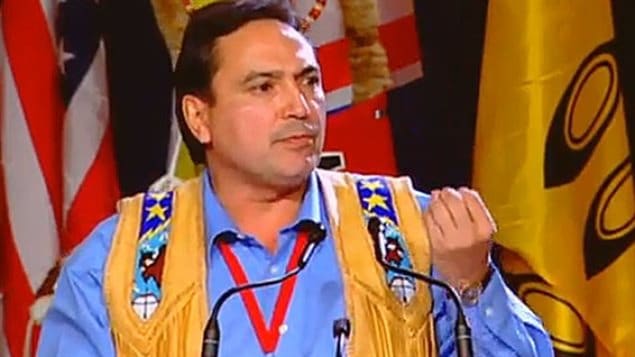 Canada’s First Nations chiefs began three days of meetings in Newfoundland and Labrador Wednesday with provincial and territorial premiers. The chiefs want  to push for more action on violence against women, reconciliation and economic issues.

“The most pressing concern we have right now in our communities is the ongoing level of violence,” says Dawn Lavell Harvard, the president of the Native Women’s Association.

Ms. Lavell Harvard says she believes provinces should step because the federal Conservatives under Prime Minister Stephen Harper have refused to call a public inquiry into murdered and missing aboriginal women and girls.

A National Household Survey published in 2011 suggests indigenous women make up 4.3 per cent of the national female population, but the RCMP has said they are victims in 16 per cent of female homicides and account for 11 per cent of missing women.

RCMP reports say almost 1,200 aboriginal women have been murdered or have vanished since 1980, and that attackers are often known to the victims.

The Commission described as “cultural genocide” the suffering borne by generations of aboriginal children in once-mandatory residential schools.

It estimated more than 6,000 boys and girls, about one in 25, died in the institutions. Scores of others endured horrific physical and sexual abuse.

The commission made 94 recommendations toward reconciliation, urging Canada to adopt the United Nations Declaration on the Rights of Indigenous Peoples as a framework.