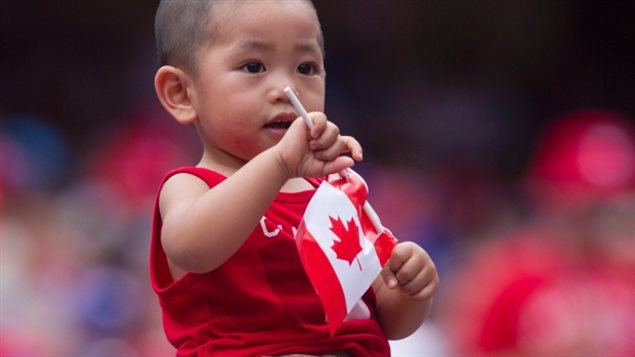 Canadians over the age of 65 now make up 16.1 per cent of the country's population as of July 1, 2015. Little ones, like this proud Canadian, are fewer, for the first time in Canadian history.

Seniors in Canada are generally agreed to be those 65 years of age and over. And while many people at that age may not feel ‘senior’, when it comes to demographics and planning for the future, their age does matter.

Now, for the first time in Canadian history, there are more ‘older people’ than ‘younger people’ in this country. Younger people are those defined as 15 and under, according to Statistics Canada. The shift occurred in July, but only now are we hearing about it as the tallies and tabulations took some time.

Professor Michael Haan, a demographer at the University of Western Ontario in London, Ontario, says we have to adjust and evolve our self-perceptions.  In Canada, he says, we’re no longer a “frontier economy”.  It is time to let go of the ‘new world mentality’ realizing those days are behind us and “we don’t have new growth that’s going to come from births anymore

Professor Haan says it is time to make a choice: aggressively ramp up immigration, or live with the population we have, as low fertility rates keep the population stable, or even begin to decline.

Already businesses and organizations have begun adjusting by abandoning mandatory retirement at the age of 65. Haan says we have to have a discussion with out potential retirees, and address their wants and needs. These days, and increasingly into the future, more people will not only want to work into their early seventies, most will have to,  as the pensions the baby boomers are enjoying will be a memory soon.

Universities are one of the organizations that has evolved with these developments. They no longer have mandatory retirement, and at the other end of their spectrum, they have recognized the shrinking pool of potential students, and are now courting international students to keep campuses dynamic.

When asked about supporting higher fertility by implementing more generous support programs for parents in the child-bearing years, as some of the Nordic countries do, Haan says it hasn’t worked out that well for the Nordic countries either.  There fertility rates are higher than Canada’s, but not significantly so.

Professor Haan says another deep discussion is needed, with young people making plans for their future.  “My hunch is that there’s a lot of post-ponement of fertility occurring because young people anticipate opportunities  that they may never see.  So if we could have a frank discussion around what there opportunity structures actually look like, I suspect this might  change their child-bearing and family size decisions.”

enior citizens make their way down a street in Peterborough, Ont. on Monday May 7, 2012. Statistics Canada says the country’s population now features more seniors than children.Data released by the national agency today indicates the number of residents over the age of 65 now make up 16.1 per cent of the country’s population as of July 1, 2015. THE CANADIAN PRESS/Frank Gunn