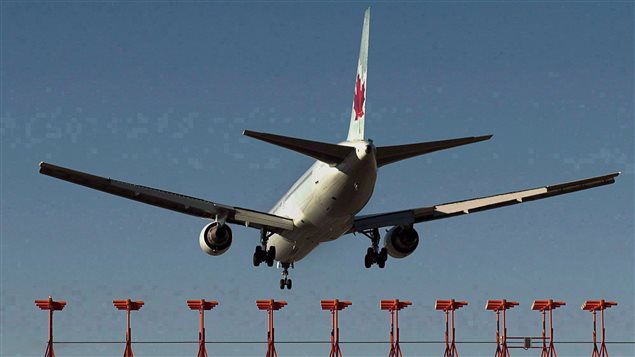 An Air Canada passenger jet is shown landing at Halifax Stanfield International Airport in Halifax on Jan. 21, 2013. A 47-year-old Alberta man has been charged after an incident on board an Air Canada flight en route to India was diverted back to Toronto early Wednesday morning.
Photo Credit: PC / Andrew Vaughan

India-bound plane lands back in Toronto after assault on board

A 47-year-old Alberta man is facing several charges after allegedly assaulting a flight attendant and forcing the India-bound aircraft to turn back mid-flight and return to Toronto Wednesday morning.

Peter Fitzpatrick, a spokesperson for Air Canada, said Flight AC2170, a Boeing 787-8 with 232 passengers flying from Toronto to New Delhi Tuesday evening, diverted back to Toronto about 2.5 hours after take-off due to an incident involving a disruptive passenger in which a flight attendant sustained injuries requiring medical treatment.

Police met the aircraft after it landed at Toronto Pearson International Airport, at about 2:20 am Wednesday morning and arrested Sidhu without incident.

The flight was initially scheduled to take off earlier Tuesday but poor weather prompted Air Canada to postpone the flight shortly after the plane made it to the runway.

Sidhu is being held pending a bail hearing at the Ontario Court of Justice, in Brampton, said Murphy.