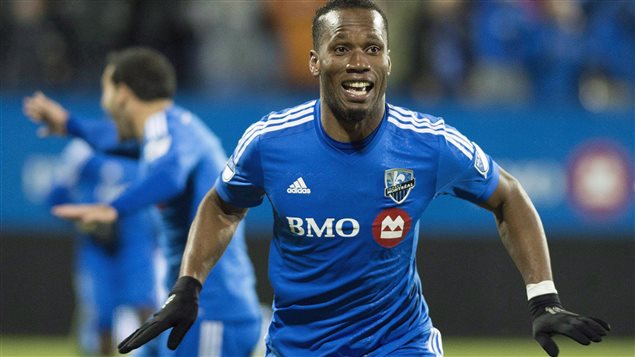 Didier Drogba joins the Montreal Impact today for a pre-season tournament in Florida. Drogba, 37, had been in Qatar working with a trainer in preperation for another season.

There was speculation last fall that the star striker would be going back to join his former club, Chelsea, in England.

John Doyle, a culture and TV critic, and author of “The World is a Ball: The Joy, Madness, and Meaning of Soccer”, says Drogba’s return is great news for Montreal. He says he brings something extra to the team, inspiring other players “to perform better than expected.”

“Drogba is an international legend… he stopped a war!”

The Impact, among six Major League Soccer (MLS) teams participating in the the Tampa Bay Rowdies Invitational Tournament, will play four times over the next 11 days.

“We caught lightning in a bottle with Didier”

They start with a match against New York City, Wednesday. Then they face D.C. United on Saturday, followed by Toronto FC on February 24th, and finally, the Rowdies on February 27th.

Montreal Impact president, Joey Saputo, commented on the Drogba question on January 25th, in an interview with Olivier Tremblay on MLSsoccer.com.

In the meantime, fans of the ‘once-in-a-lifetime-player’ are getting ready for an interesting MLS season.