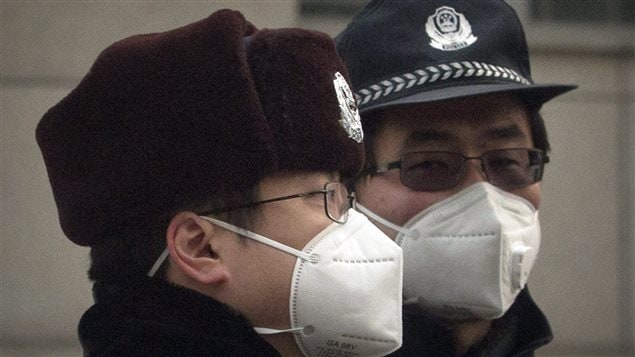 Canada’s largest law society is urging the government of Prime Minister Justin Trudeau to raise the issue of alleged government reprisals against Chinese human rights lawyers at the highest levels in Beijing.

The Law Society of Upper Canada (LSUC) is sounding the alarm over the fate of two prominent Chinese human rights lawyers: Shu Xiangxin from Shandong province and Wang Qiushi from Heilongjiang.

Shu was arrested on the Jan. 2, 2016. Two days later, Shu reported to his lawyers that he had been severely beaten and handcuffed to a staircase for seven hours, said a statement by the LSUC on Friday. Shu, who ofthen represented clients involved in politically sensitive cases, was found guilty of defamation and sentenced to a six month jail term. His licence to practise law was also revoked.

Wang disappeared on Jan. 9, 2016, after being summoned by police for questioning. On Jan. 12, 2016, his family was informed that he was being held by the authorities at an undisclosed location. His family has not been given any reasons for his detention, said a statement by the LSUC.

“I hope the prime minister will speak out and express his concerns to the Chinese government about their treatment of lawyers and generally about the importance of upholding the rule of law,” said Paul Schabas, bencher of the LSUC and chair of its human rights monitoring group.

(click to listen to the interview with Paul Schabas)

The Law Society is concerned that the arrest and detention of these lawyers is directed at preventing them from carrying out peaceful human rights activities, Schabas said.

“We’d like the Chinese government to leave these people alone, to release them, to stop harassing them, and to respect their right to represent their clients and advocate on behalf of their clients,” Schabas said. “And that’s what we want everywhere, we want lawyers to be able to take on unpopular causes without fear of repercussions and harassment from the state or from others that the state turns a blind eye to.”

Over the last eight years, the LSUC has sent several letters to Chinese authorities but never received a response, Schabas said.

“The sad thing is, of course, they don’t want to respond to us, they want to ignore us,” Schabas said.

Canada works with its international partners to ensure that international human rights obligations and commitments are respected, said Chantal Gagnon, a spokesperson for Global Affairs Canada.

“The promotion and protection of human right is an integral part of Canada’s foreign policy and a priority in our long-standing relationship with China,” Gagnon said. “Canada is committed to a constructive engagement with China on human rights.”

Chinese officials at the embassy in Ottawa could not be reached for comment on Friday.