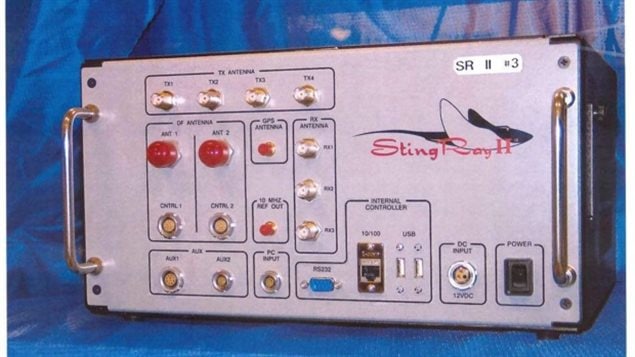 Are police tracking your mobile phones?

They are not authorized in Canada, but that limitation may not have stopped police forces here from using them.

What “it” concerns is an invasive electronic surveillance system that mimics a cell-phone tower and can listen in on any and all phone calls and pinpoint your location down even down to the room you’re in.

In addition to location, the device can capture, voice, text, emails, photos, and any data transmissions from your mobile phone.

In west coast British Columbia,  the Pivot Legal Society, an advocacy group, filed an appeal with the privacy commissioner after Vancouver police refused to confirm or deny using the technology.

Another legal advocacy group, OpenMedia also filed a complaint with Canada’s privacy commissioner asking the RCMP , the federal police agency, to respond as to whether they use the technology. The complaint says the Vancouver Police Department, the Ontario Provincial Police, and the Royal Canadian Mounted Police have all refused to acknowledge or deny use of the Stingray devices.

Police agencies in Canada say divulging whether the technology is in use, could compromise investigations.  Quoted by the CBC, Chris Parsons, of the Munk School of Global Affairs’ Citizen Lab at the University of Toronto says the “secrecy “ is unnecessary and that use of the technology is widely acknowledged in the U.S.

The technology began selling in 1996 and it is believed Russian and Chinese authorities also use it.

In the US, at least 61 agencies in 23 states use Stingray devices, along with the FBI, National Security Agency (NSA) and Internal Revenue.

Globe and Mail- Shane Dingman- What is Stingray