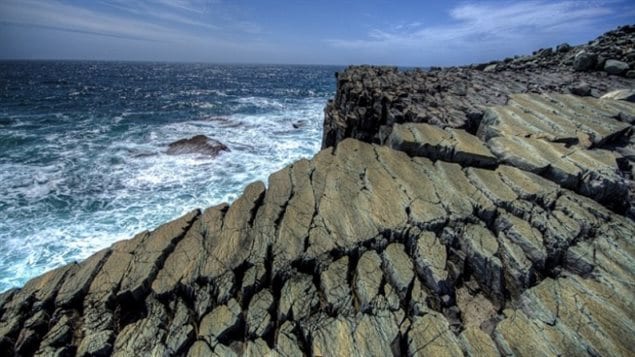 Mistaken Point, has fossils in the rock that date back more than 565 million years.
Photo Credit: Zach Bonnell

Mistaken Point, one of the most south-eastern locations in Newfoundland, is being recomended for inclusion on the United Nation’s World Heritage list.

The International Union for the Conservation of Nature is one of the UN’s advisory bodies on heritage designations. It recommended the addition of the Mistaken Point ecological reserve for consideration at the group’s upcoming meeting in Istanbul, in July.

“Mistaken Point fossils constitute an outstanding record of a critical milestone in the history of life on Earth,” according to their report.

Mistaken Point features a 565-million-year-old sea floor that’s been exposed over the ages by the pounding Atlantic surf. And now it is home to the oldest-known evidence of early multi-cellular life

According to the investigators, the bounty of fossils at the site make it worth the designation.