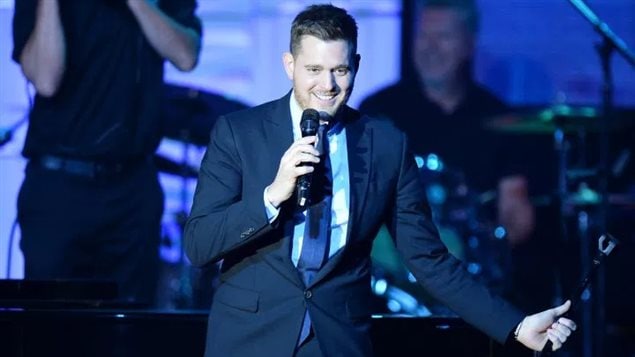 Buble’s back with an album, a movie and a scent

Michael Buble is back with a couple of goodies to share. His new album, ‘Nobody But Me’ will be available on October 21st, 2016. His ninth studio album, it will feature his versions of tunes such as the Beach Boys mega-hit, ‘God Only Knows’ and Nina Simone’s classic, ‘My Baby Just Cares For Me’.

And lending their vocals will be Meghan Trainor and Black Thought of the Roots. The album also includes three Buble originals.

Today, the Canadian crooner from Burnaby, British Columbia, is launching his scent for women, called Michael Buble. He got involved in the creative process and it is said to feature hints of vanilla, white amber and patchouli,

“It’s no secret that I’m a hopeless romantic, which is reflected in the music I write, the songs I sing and the shows I’ve performed around the world. I wanted to collaborate on creating a fragrance that represents the same sentiments as my music.” Buble said.

The event is to coincide with a concert live from New York City, live on facebook this evening at 7 pm est.

And in September there’s a one-day screening of his concert movie called “Tour Stop 184”.  Shot during his last, “To Be Loved” tour, 173 shows in 39 countries, it’s a concert film that will screen on September 27th, 2016.