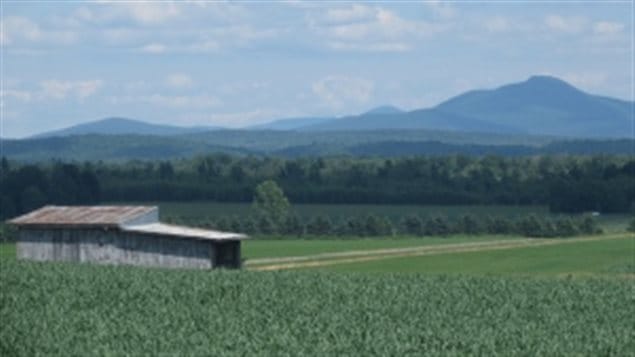 Nigger Rock is the name of one of eleven geographical sites in the province of Quebec that a group of mostly black people want changed. Understandably they find the name offensive.

But Dan Philip, president of the Black Coalition of Quebec, does not agree. He wants the name to stay. He wants a better memorialization of the location and its history, and he says retaining the word “nigger” is part of that.

The name ‘Nigger Rock’ developed as oral history at the location where many black slaves were buried in a mass grave, beginning in the 18th century. Several Loyalist families had moved north to escape the ravages of the American civil war around 1784. They brought their slaves with them when and settled near Saint-Armand, about 80 kilometres south of Montreal.

“At that time, people from the black community, slaves, were treated as niggers. And this is the name that was used traditionally to define people who were taken from Africa into the Americas and elsewhere.” Dan Philip explains.

“It is to define what happened in time.”

The site, on the private property of the Benoit Family in St. Armand, Quebec, is the annual destination for many in Quebec’s black communities, to honour and commemorate the beginning of the slave trade.

“We have two dimensions of history which must be explained to the entire population; those who came here through the railway, the Underground Railway, and those who were brought here as slaves who were treated as slaves and continued to work and build this community and society as slaves.” Philip says. “This type of history must be known.”

“It is the most hateful symbol, unequivocally, that has been used to defile black people in North America since the 19th century.”

Rachel Zellars is in complete agreement that the history of black people in Quebec and Canada must be known, but she is vehemently opposed to the continued use of the word “nigger”.  A  PhD candidate in education at McGill University, Zellars has led the initiative with Quebec’s toponomy commission to not only change the names but to honour the history and experience of black people at these places.

In a piece she wrote for Montreal’s Gazette newspaper last summer, she described her feeling about the use of the word “nigger”. “It is the most hateful symbol, unequivocally, that has been used to defile black people in North America since the 19th century. It is time to retire it for good from official provincial use. It is also absolutely time to insist on greater infrastructure (textbooks, secondary courses, university programs and degrees, etc.) that focus on black Quebec history and culture.”

For the now the debate within the black community will continue.