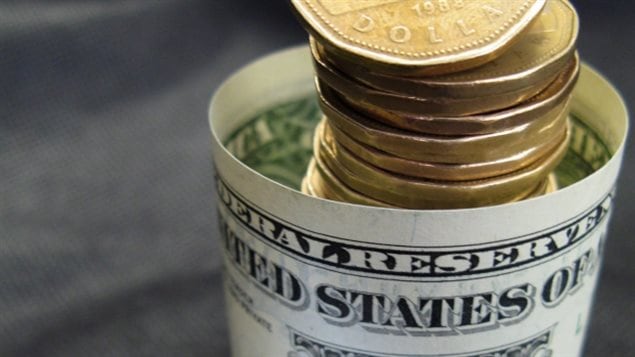 Disappointing economic data on Friday and a suggestion of a possible rate cut by the Bank of Canada have pushed the loonie lower.
Photo Credit: Ryan Remiorz/Canadian Press

Canadian dollar drops below 75 cents US

The Canadian dollar sank below 75 cents US Friday, for the first time since March.

For the week, the loonie fell 1.4 percent, its largest one-week decline since early May, according to Reuters.

Analysts believe the slide was triggered by a drop in Canadian retail sales in August and cooler-than-anticipated annual inflation in September, which reinforced speculation that the Bank of Canada, the country’s central bank, may lower interest rates again.

“There is definitely more focus on the Bank of Canada, therefore more focus on the data. So even a small downside miss seems to have had a disproportionate impact on the currency,” said Daniel Katzive, head of FX strategy North America at BNP Paribas.

The central bank on Wednesday discussed the possibility of cutting interest rates in its latest monetary policy report. And even though it chose to hold rates steady, at 0.5 per cent, even the suggestion of a rate cut has given currency traders something to chew over ever since.