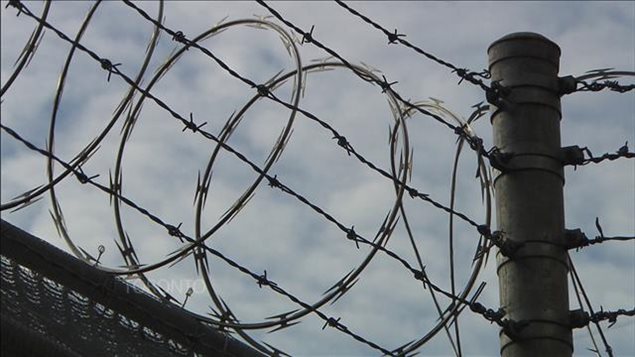 About a dozen immigration detainees at the Central East Correctional Centre in Lindsay, Ontario, have been on a hunger strike for eight days to protest Canada’s immigration detention system, says a migrants’ rights advocacy group.

The immigration detainees, who are holding their third hunger strike this year, are calling for an end to indefinite detention, with a 90 day limit on detentions, as an initial step to ending detentions, said Syed Hussan of No One Is Illegal.

According to the Canada Border Services Agency (CBSA), there are, on average, 450 to 500 people who are detained at any given time under the Immigration and Refugee Protection Act across Canada.

The End Immigration Detention Network says 15 people have died in detention while in CBSA custody since 2000 – three in just the last six months. At least eight of the deaths took place in Ontario provincial prisons. Most common cause of death is denial of adequate health care followed by suicide, Hussan said.

The Central East Correctional Centre is a provincial maximum security prison located about 125 km northeast of Toronto, used by the federal government to detain immigrants who are either considered a danger to the public or a flight risk.

“These are immigrants who have no charges, who have no trials pending, who have been jailed for the purposes of essentially carrying out deportation,” said Hussan.

Listen to the full interview with Syed Hussan: 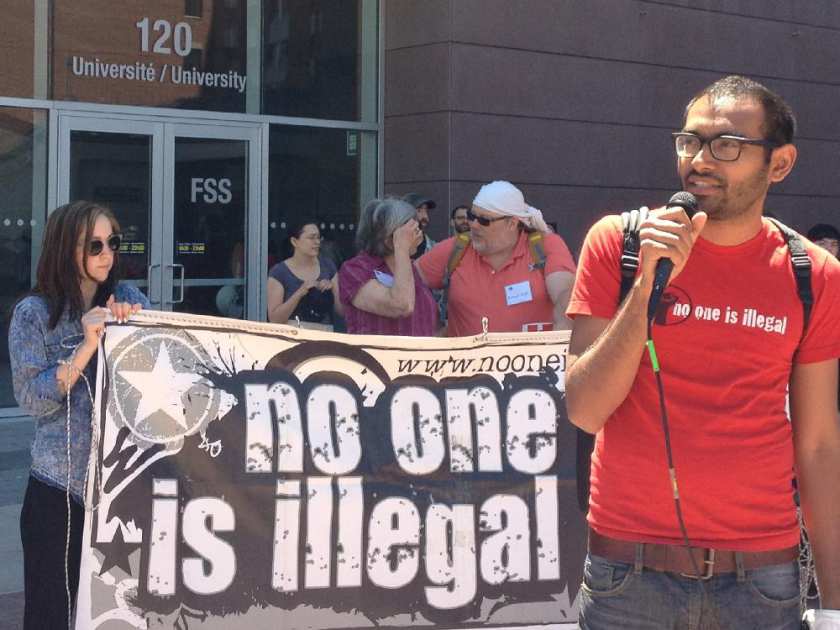 Syed Hussan is a campaigner with No One Is Illegal migrants’ rights advocacy group.

Seventeen people began the hunger strike last Monday, but there are now about 10 people still refusing to eat, Hussan said.

Officials at the Canada Border Services Agency (CBSA), which administers Canada’s immigration detention and deportation system, acknowledged that “some” detainees were “refusing meals” but could not say how many.

The CBSA is currently reviewing alternatives to detention by engaging with partners and stakeholders in meaningful consultations to review options balanced with maintaining national safety and security, Bailey said.

Consultations were promised, however, none have not taken place directly with detainees, even though they are the primary stakeholders, Hussan said.

At the last hunger strike, which lasted 19 days and ended on July 1, the government announced funds for the renovation and construction of new prisons in Vancouver, in British Columbia, and in Laval, Quebec, Hussan said.

“Neither of these are of course the ones that immigration detainees in Ontario are talking about,” Hussan said. “Secondly the key issues are maximum security imprisonment, the issue is not the conditions of the prisons, it is that Canada has no laws, no regulations and no policies that bar the imprisonment of children, of adults, of families without charges or trial.”

The key issues that the detainees are raising are lack of legislative oversight, lack of judicial review, Hussan said.

“Immigration is one of the few areas of law where you do not have your day in court,” Hussan said. “These men cannot appeal their cases to the Federal Court, or to any court really.”

Detainees must appear before the IRB, a quasi-judicial tribunal, within the first 48 hours of being detained. If the IRB determines that detention should be continued, the individual must also appear in the next seven days and every 30 days thereafter, Bailey said.

However, Canada is one of the few western countries in the world without a time limit on detentions, Hussan said.

One of the men on strike is Kashif Ali, who has been in immigration detention for a total of 12 years.

“I swear every night I sleep three or four hours, I don’t know if I will be released or put on a plane,” said the 50-year-old Ghanian asylum seeker in a statement released by No One Is Illegal. “They are making me go crazy, I can’t sleep, I am depressed, I have stomach problems. People like me, I am not fighting them, but we can’t be deported, we should be released, given ID and papers and the support to work. This is why I am going hungry.”