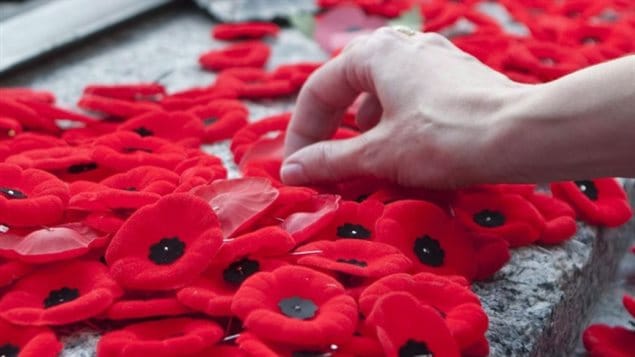 Poppies went on sale today across Canada, in advance of the Remembrance Day ceremony in Ottawa on November 11th.
Photo Credit: CBC

Poppies, the red plastic felt replicas, are the national symbol of remembrance in Canada.

Funds raised through the Poppy Campaign support the Legion’s many programs for veterans and their families.

Remembrance Day, a statutory holiday in Canada, is November 11.