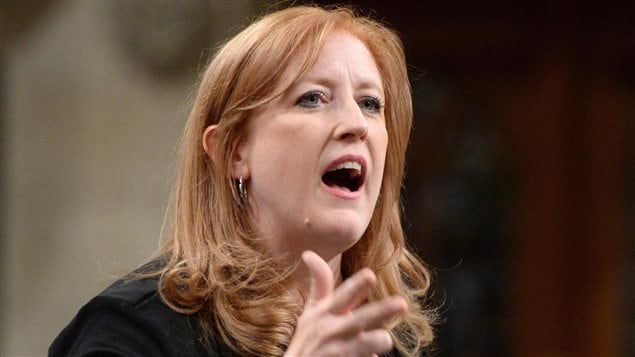 Ontario Conservative MP Lisa Raitt says she has what it takes to lead the party to victory over Trudeau Liberals.
Photo Credit: PC / Sean Kilpatrick

Ontario MP Lisa Raitt announced Wednesday that she is joining the race for leadership of the Conservative Party.

Raitt, a former minister in Stephen Harper’s cabinet, made it official in a video released on social media, adding her name to a growing list of contenders vying to become the next leader of the Official Opposition.

“Canada needs a leader who is going to fight for the striving many, not just the privileged few,” Raitt said in a video posted on her Facebook page on Wednesday afternoon to mark the beginning of her leadership campaign.

“We need a leader who will beat (Prime Minister Justin) Trudeau in the next election, who knows what Canada looks like from the bottom, who will work to create opportunity for every striver at every age,” said Raitt whose Facebook profile featured a banner with a short mission statement “Victory in 2019.”

The Conservative party gave those hoping to take part in the first official leadership debate in Saskatoon next week until the end of Wednesday to register as candidates.