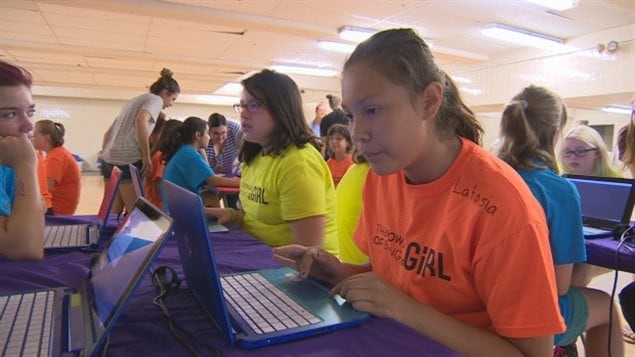 There are many more programs to help students learn coding as public awareness about its importance increases.
Photo Credit: Neil Cochrane/CBC/file

Along with many other countries, Canada took part in the Hour of Code, a global effort to introduce people to computer programming. A report released in March predicts that Canada will need to create at least 218,000 tech jobs between now and the year 2020, but not enough people have the skills to be able to do those jobs.

‘Coding is for everyone’

The aim of Hour of Code is to provide as many students as possible one hour of coding in their classrooms during this past week, which was Computer Science Education Week. “The goal here is to start exposing students to code and also demystify it and take away that stigma that coding is only for math geniuses and socially-awkward people who sit in their basement,” says Jeremy Shaki, CEO of Lighthouse Labs, which trains people in coding. “Coding is for everyone.”

Shaki says learning to code develops important skills. “Coding and programming really is about logic and rational thinking. When you’re building a set of instructions, you have to have a goal in mind of what you’re trying to accomplish and you have to be really clear as to how you’re getting there.”

Coding also is about how to communicate clearly which, he says, is very important for thinking in general.

Shaki suggests parents learn to code with their children. He says there are many online tools and resources, adding that coding can be simple or very complex.