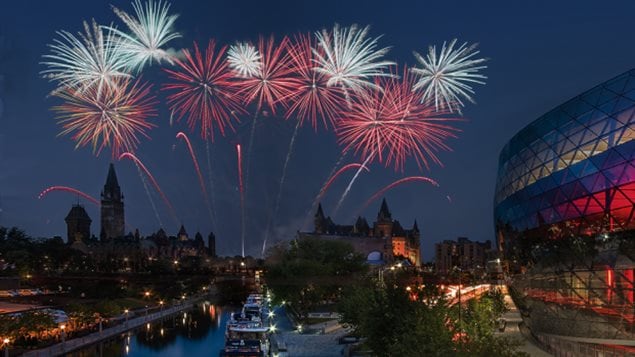 2017 is a big year for Canada, both culturally and politically. Along with the 150th anniversary of Confederation, the birth of Canada as a nation, and the 375th anniversary of Montreal, the largest French-speaking city in North America, there is a political renewal underway.

Leadership will be on the minds of Canadians, at least during the months of May and October. Both the opposition Conservative Party and the third-place left-leaning, New Democratic Party, will be choosing new leaders.

Professor Nelson Wiseman, Director of the Canadian Studies program at the University of Toronto, says Quebec will play a strong role in both outcomes, as the province does in most Canadian federal elections.

In the Conservative leadership race, with over a dozen candidates there are at least five serious contenders with another major player, TV personality Kevin O’Leary, still exploring his options.

The aggresive business man and investor, is often compared to Donald Trump, but Professor Wiseman says the comparison is only partly correct.

“He keeps reminding audiences that he’s of partial Lebanese origin, and if Trump were in Canada people like him couldn’t even get into the country, if you listen to Trump’s rhetoric.” Wiseman says.

When it comes to taxes and the fiscal realities in Canada, O’Leary thinks very much like Trump, according to Wiseman, but unlike Trump, O’Leary is “much more predictable”.

Most Canadians familiar with Kevin O’Leary would agree he would certainly bring colour to the proceedings.

Another popular contender is Kellie Leitch who is also running in the Trump model. Leitch, a doctor of pediatric orthopedics by profession, was one of two cabinet ministers who announced “the hotline for barbaric practices” during the 2015 federal election campaign.

It was a move many Canadians abhorred, but as Professor Wiseman points out, support for the Leitch’s current promise to “screen new immigrants for Canadian values” is now bringing her strong support,

Professor Wiseman says the anti-immigrant sentiment in Canada is much greater than many of us recognize, due to a media that is generally very sympathetic to immigration. Wiseman cites the example of the outpouring of sympathy in Canada that followed the drowning of little Alan Kurdi, his three year-old body washed up on the shore of Turkey last summer.

A doctor of pediatric orthopedics by profession, Leitch was a Minister of Labour and Minister of the Status of Women in the former Conservative government of Stephen Harper. While her campaign is well funded, she is up against Maxime Bernier.

The former Member of Parliament from Quebec, Bernier is becoming more comfortable in English following his steady many trips across Canada speaking to a variety of groups explaining his libertarian views.

Despite a scandal that halted his rise in Stephen Harper’s government, Bernier has been working toward this leadership campaign most of his life. According to Professor Wiseman, he is the man to beat.

As for the New Democratic Party, the October 1st, leadership convention is a long way off, and the potential candidates have yet to become household names in Canada.

The Conservative leadership election will take place on May 27th, 2017.