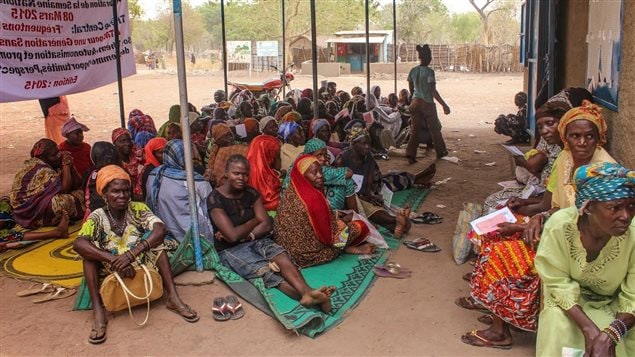 CARE International just released a report focusing on 10 places in the world where people live in crisis and chaos, but we see and hear very little about the situations.

Kevin Dunbar is the director of humanitarian operations for CARE Canada. He says most of these crises are not just forgotten, they’re deliberately ignored. “We have seen that media attention and fundraising and political action in humanitarian crises are closely intertwined.”

The report is titled “Suffering in Silence”.  Kevin Dunbar says most of the countries listed in their report are deliberately ignored by politicians and those in power. “Because they’re trying to focus on those most visible emergencies, and showing to their constituents and people that they are acting.” he says.

The Democratic Republic of Congo, has been in a steady state of humanitarian crisis for over two decades. Children have grown up knowing nothing else. Dunbar says over seven million people need humanitarian aid now and with a recent increase in the violence, there are more than two million internally displaced people. “There is little hope for a peaceful transition in the near future,” he says.

It’s a chronic conflict Dunbar says, that needs supplies of safe water, food aid and tents, as well as reproductive healthcare and support.

The Lake Chad region, in central Africa, enveloping the countries of Cameroon, Chad, Niger and Nigeria, has descended into a terrible state of conflict in the last few years.The Boko Haram crisis that captured the world’s attention, if only for a short time, when the young girls were kidnapped in Nigeria, has now expanded into a conflict affecting 21 million people, half the population, with a third of them struggling in severe hunger.

North Korea is also on the list of the 10 most under-reported humanitarian crises in 2016. Dunbar says so very little is known about the 18 million citizens, that make up almost 70 per cent of the population, and that are reportedly going hungry. So few journalists or aid groups are allowed access to the country, but Dunbar says it is imperative that the international community and politicians around the world, advocate on behalf of these North Koreans.

In Bangladesh it’s floods, in Papua New Guinea and the island of Madagascar it’s drought that is causing extreme hardship to millions of people. Livelihoods are destroyed with crop failures and water damage, and then families become displaced. So getting the message of the urgency of the need to support efforts to mitigate the effects of climate change to the powerful industrial nations is key, as well as the ongoing support for these people at the local level.

Places such as Burundi and Eritrea may be tiny but the emerging conflicts are paralyzing the countries. Political solutions would go a long way to settling these conflicts. Dunbar also says just because the horrors going on in these places don’t make the news, it doesn’t mean they don’t need the help urgently.

Kevin Dunbar also emphasizes the need to reinvigorate the respect for International Humanitarian Law to keep civilians, aid workers and supply lines open in times of war. It’s a timely report with a view to the future, and the shifting attitudes that are manifesting in the west.