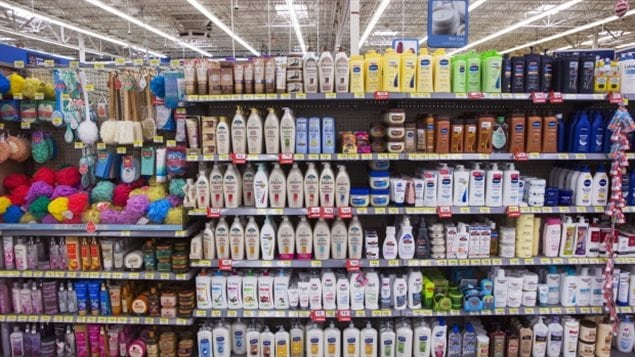 The Pink Tax applies to most of these products. Aviva Maxwell wants to change this.
Photo Credit: Reuters / Lucas Jackson

The Pink Tax, as it’s known, is the extra money women pay for products and toiletries similar to those men buy.

Montrealer Aviva Maxwell is the plaintiff in a motion filed in Quebec Superior Court yesterday. Maxwell wants it to authorize a class action lawsuit against both the companies that make the products and the retailers that sell them.

Why do I have to pay more for my preference?

Aviva Maxwell has six brothers, and on visits to the pharmacy with them, she became aware of some of the discrepancies. The deodorant she buys for instance, is smaller, but costs more.

Michael Simpkin, Maxwell’s lawyer, described the ‘pink tax’ as discriminatory because unless a female shopper directly compares the products on size and price, she doesn’t know she is paying more.

“The fact this affects so many people – everybody buys shampoo on a monthly basis, every two months, toothpastes, all of these different products, and yet how they continue to differentiate based on the sex of the consumer is amazing,” he told CBC News.

When asked why she doesn’t just buy the men’s products, Maxwell said that takes away her freedom of choice.

According to a study released in early 2016 women in Canada pay a “pink tax” premium of more than 40 per cent over what men pay when it comes to personal care products.

ParseHub, a data mining company, found women pay a six per cent premium on the average priced razor, shampoo, soap, deodorant and shaving cream for women and men. The findings revealed woman would pay $47.57 and a man would pay $44.84 for the same products.